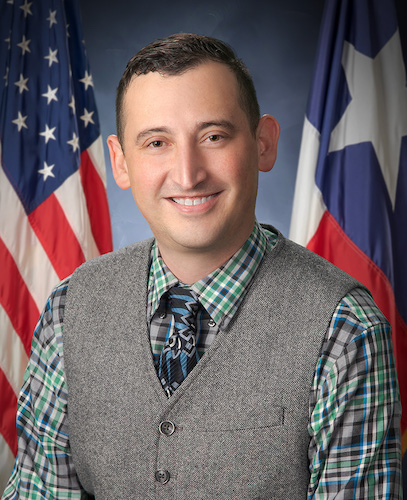 Mayor Byrum-Bratsen has served as Mayor of Iowa Colony since 2019.  Before becoming mayor, he served the residents as Councilmember from 2015-2019.  Prior to the passage of the city's Home Rule Charter by the voters in 2020, Mayor Byrum-Bratsen oversaw the administrative functions of the city, submitted and monitored the annual budget, and presided over the City Council.  While the administrative functions have now been transferred to a city manager, Mayor Byrum-Bratsen still presides over the city council and is the city's emergency coordinator.  While leading Iowa Colony through a time of unprecedented growth, what was an agricultural village of around 1000 residents is now one of the fastest growing suburban cities in the region with a population of over 8000 and growing at a rate of 400%.

The Mayor's top priorities are:

Serving the city as Mayor is a continuation of a life-long desire to help others and better the community.  In addition to his mayoral duties, Mayor Byrum-Bratsen works as a paramedic for Lake Jackson EMS, giving him a unique perspective while leading Iowa Colony through the COVID-19 Pandemic.

Mayor Byrum-Bratsen is a former board member of the nonprofit PFLAG Houston and regularly volunteers with multiple community service organizations.  He met his husband, Steven, in 2010 and they were married in Washington, DC in 2013.  They are currently in the adoption process and hope to expand their family with children soon.